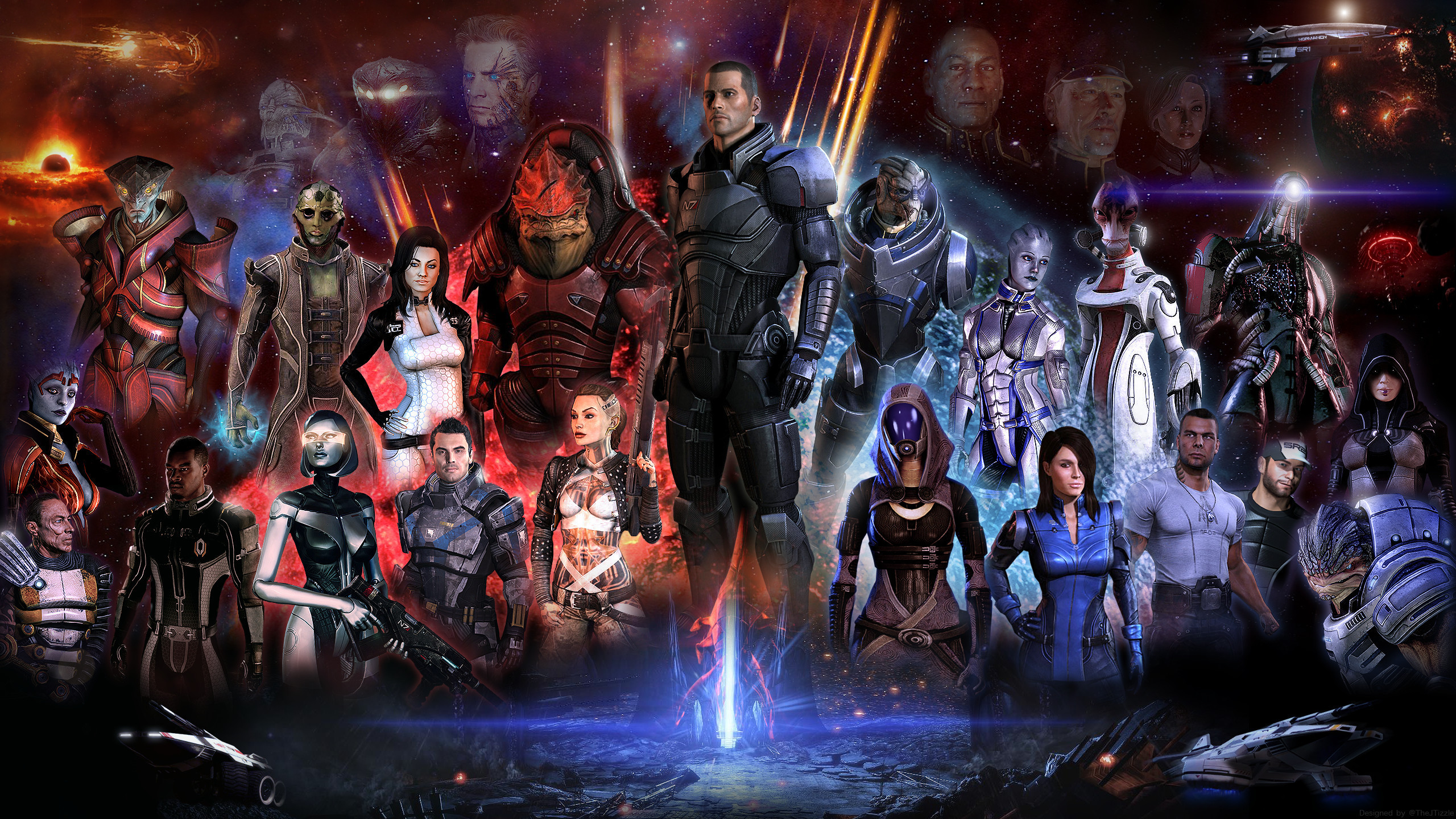 The Mass Effect saga is one of the best game series in history. Expertly mixing storytelling as well as captivating gameplay, the games are pioneers in the industry. However, that’s not what makes them truly stand out in my opinion. Though the wide breadth of story is admirable, the sheer amount of freedom you are given is more so. Not just in physical exploration, but in social and personal form as well, Mass Effect gives you the opportunity to explore yourself in a way that real life may not necessarily allow or at least approve of. And that’s what makes it great.

From the initial start screen, character customization allows you to create a hero/villain of whatever sex and ethnicity you like. This is especially great for an industry that is only just beginning to focus on more protagonists outside of being gruff, straight, military dudes. Now, I’ve got no problem with dude like main characters personally (obviously) but I do recognize that others with different backgrounds can feel underrepresented, and rightfully so. Aside from isolated exceptions like Tomb Raider or Moonmist, most games decided to follow a very basic formula of being a man with a gun who needs to solve problems with fists. Though Mass Effect was not the first to include a character creation screen, it was the first to make a large impact in doing so. Be white, be black, female or male, it makes no difference as long as you save the universe… though still by using bullets. Baby steps.

Another large and somewhat infamous feature of the Mass Effect games is the ability for your character to have intimate relations with other characters, not all of which are human. Though these scenes are more cringe worthy than anything, it set an interesting status quo for the RPG genre. You may be the chosen savior of the galaxy but you are still human with human desires. Life can often feel like a series of hurdles with no regard for your personal needs, but Mass Effect allowed players to realize that having massive responsibilities did not necessarily mean you could not enjoy yourself. Technically, the game saga allowed homosexual relations between a female protagonist and an alien whose race consists of nothing but females right out of the gate in Mass Effect 1, but it did not go all out with gay relationships until the third entry in which both male and female Commander Shepard could romance characters of their own gender, human or otherwise. Though perhaps a little bit more late to the party than wanted, Mass Effect being fully supportive of homosexuality set another basic norm for the industry, now with the LGBTQ community being more and more represented.

Both film and gaming have a long way to go in the ways of representation. But strides are being taken. Mass Effect is a large sign of this. Being able to fight like a woman, live as a homosexual or otherwise, and save the galaxy regardless of race, gender, or sexuality is a powerful message for lovers of these arts in general. Bioware’s sci-fi space opera has flaws like everything else, but it makes strides in areas that were not so long ago considered taboo. Thanks to this tale of a simple human saving a galaxy of multiple races from so many walks of life, we can finally begin to see a new norm take place.