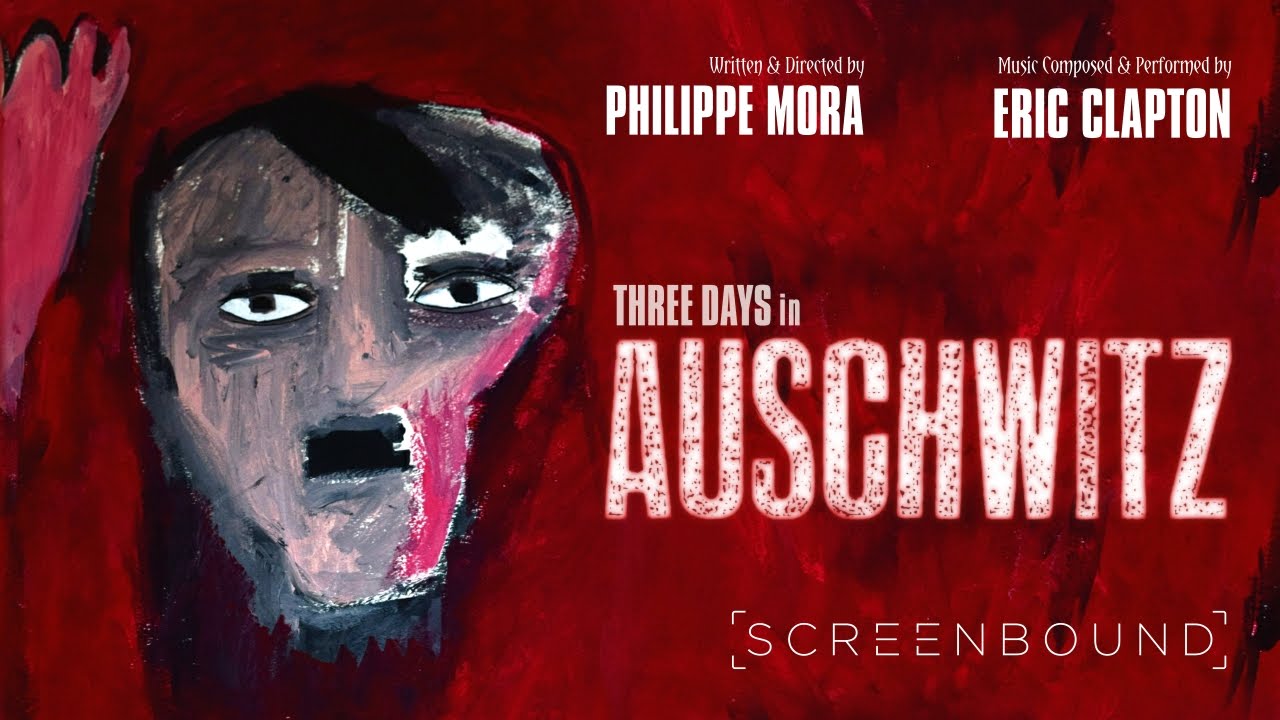 The atrocities of the Holocaust remain so pivotal to this day that the countless amount of books and movies made on the subject always feel new, or at least necessary. Phillippe Mora writes, produces, directs, and stars in his own film attempting to address what he calls an “open wound” on his family history, as a large number of his ancestors were killed in the concentration camp of Auschwitz. A personalized documentary style film talking about the effects of the Holocaust on later generations is a novel idea and possesses moments of intrigue but suffers from unprofessional production work and lack of focus.

Phillippe Mora mentions at one point in his film that Three Days in Auschwitz is not as much of a film as it is a form of “cinematic notes” to be a point of reference for his children and grandchildren. Cinematic notes may be a more appropriate term, as the hour long film focuses more on Mora’s own questions and ways of expressing his distress rather than finding answers. Three Days in Auschwitz follows the director’s journey of three separate trips to the signature concentration camp of horrors.

In his first visit he expresses confusion and devastation at witnessing the area where his family had been slain. In between his two return trips he researches the enigma of how so many Nazis could be convinced to commit such terrible acts like murdering children. He also starts to paint his ambient thoughts on the subject, visualizing his thought process on the hard realizations he eventually comes to about his family and the mentality of the Nazis. There are potentially fascinating moments delving into the psyche of the child of Holocaust survivors that feels dynamic and worth exploring. Though we are exposed to a great deal of the art that Mora creates, there is little effort given to explore what he is thinking when making his works. It leaves a feeling of wanting, or at least curiosity into what emotional turmoil our subject is going through but we are only given a surface glance.

Along with the haunting images of the ruins of the camp and the interesting artwork is a beautifully worked score composed by the legendary Eric Clapton. The music is reminiscent of video game developer Naughty Dog’s music from The Last of Us with lingering picked guitar being paired with a deep strings foundation. The morbid tones are perfectly paired with the visuals of the ruins of what could be described as an empire of death. In the film’s slower moments (which are more abundant than I would have preferred) the music provides a suitable placeholder until things start moving again. The entrancing tones are just that: entrancing, and they make up for times when Mora’s story takes too long to refocus.

Because this film is more focused on being cinematic notes than an actual film, it comes off like a bunch of notes scribbled on a page. Slightly related information is spread randomly throughout the screen time and the moments where Mora himself is on screen often have us see him ramble off to unrelated or at least, not very compelling information about his life or information he has stumbled upon. These moments take us away from what is otherwise a compelling journey of a man trying to understand the atrocities of what happened to his family. The level of unfocused story is matched only by the unfocused camera. Look, I understand that not everyone is a master editor, but if you are going to make a professional film for distribution, you need to know the basics of editing and camera work. There is so much shaky cam from handheld lenses that it feels like Hardcore Henry went to a museum for a day. In similar fashion, there are a good number of rough edits that constantly took me out of the experience just because I could physically see the rough work that had been done.

If a more focused story had been put in a more adept pair of editing and cinematography hands, Three Days in Auschwitz could have made for a very interesting film focusing on the fallout and history of the Holocaust. Instead, we are given a mildly entertaining piece from the viewpoint of one man trying to understand what happened to his family while the audience tries to understand what happened to the camera. If the music and premise is enough to get you hooked from the get go, you very well may enjoy this film. Otherwise, this one is best left to the history books. RDR gives it a 6.5 out of 10.