It’s that time of the year again! 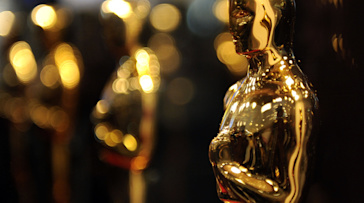 The 2016 Oscars Ceremony is tonight and we will be watching every second of it. We will be updating this list with every announced winner as the night goes on. For now, here are the nominees. when the winners are announced, they will be highlighted in gold. Stay up to date by constantly checking back here for an updated list!

And so, without further ado, the nominees are…  END_OF_DOCUMENT_TOKEN_TO_BE_REPLACED

Well I guess we are getting popular! Just last week we were nominated for our third and fourth consecutive Liebster Award. Huge thanks to MadMazReviews.com and Andrew from andresguy14.wordpress.com for the nominations. Theses guys are super great so if you haven’t read there stuff yet, fix that. So the rules that come with this award is that we have to answer 11 questions from these two cool cats as well as nominate 11 blogs to receive the award as well. So we will start with the nominations since I love being an MC. And the nominees are… END_OF_DOCUMENT_TOKEN_TO_BE_REPLACED

Bros to the Close

There is nothing especially unique about a film centering around dirty cops, but a killer script and all-star cast make what could have been mundane a unique experience. Pair that along with expert director John Hillcote (The Road) and you get an entertaining crime drama that shows even those we rely on for protection can fall. END_OF_DOCUMENT_TOKEN_TO_BE_REPLACED

I pee my pants in our latest Let’s Play.

The study of the mind is a strange thing, more so when the brain in question is our own. When the validity of our own memories comes into question a harrowing effect is created, resulting in a constant state of unease. This is what Anna Unbound achieves marvelously with its intelligent script and strong lead actress. Though the middle section drags with an extremely slow burn, those with the endurance to keep watching will be rewarded with a smart story and excellent finale. END_OF_DOCUMENT_TOKEN_TO_BE_REPLACED

The Hero We Need, The Merc We Deserve

Deadpool is one of those things that just won’t die, literally and metaphorically. After a botched debut at the hands of Gavin Hood’s X-Men Origins: Wolverine, fans were worried that the merc with a mouth would never see the silver screen again. When the film finally made it out of development hell, rumors began to circulate that it was another terrible Fox comic film waiting to happen. Then preview screening reviews started to circulate with most “respectable” critics giving it a mediocre rating. But that’s where Deadpool sets itself apart from other movies. The film wasn’t made to give Ebert’s ghost a boner, it was made for the fans. This is a 2 hour love letter to the people who fought tooth and nail to see the beloved character get a second chance, and those people will be very pleased. But if you are an outsider to nerd dimension, you’ll probably want to steer clear.

END_OF_DOCUMENT_TOKEN_TO_BE_REPLACED

Ah February. Love is in the air and the chocolate prices don’t care. Luckily movies are here to ease the pain. But they’re more than just that; some movies have a knack for getting us in the mood for the secks. My personal favorite part of Valentine’s Day, but to each their own. Every V Day needs a V night, so to help with that I put together this handy list of steamy/romantic movies just for you. You’re welcome. END_OF_DOCUMENT_TOKEN_TO_BE_REPLACED